Meet the culinary team at The Phoenician

The Phoenician’s culinary team represents decades of experience with an unsurpassed love of food, dining and the pleasures of the table. From developing innovative menus for each of the resort’s restaurants to overseeing a large staff of dedicated professionals, these highly trained and exceptionally skilled culinary artisans bring taste and style to every meal served. 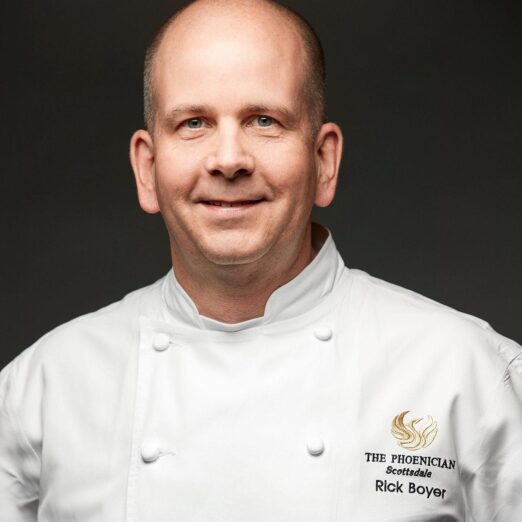 Prior to returning to the AAA Five Diamond resort, Boyer served as culinary director and executive chef for the Forbes Five Star/AAA Five Diamond resort, The American Club at Destination Kohler in Kohler, Wis. While there, he led a team of 120 associates, overseeing its 12 venues as well as its banquet operations and production and demonstration kitchens. His extensive career has also included the position of chef de cuisine for both 27 Ocean Blue at the Five Star Boca Raton Resort and Club; and Wright’s at the Arizona Biltmore.

A member of The American Culinary Federation and the Chaîne des Rôtisseurs, Boyer received his degree from the New England Culinary Institute. Early in 2014, he was the guest chef for the Champions Dinner at the Masters Tournament at Augusta National Golf Club. 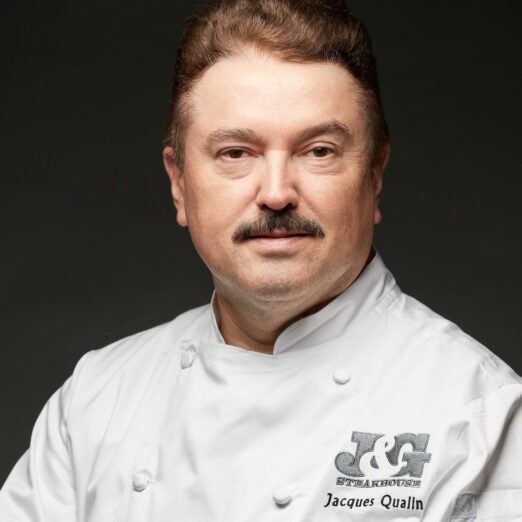 A native of the Franche-Comté region of France, Chef Jacques Qualin has cooked in some of the world’s finest establishments since starting his apprenticeship in a hotel kitchen at the age of 16. Moving to Paris, he studied under Michelin-rated Chef Michel de Matteis before landing a prestigious post at the Three Star Le Taillevent, described by The New York Times as, the best in Paris, if not all of France.

After leaving Jean Georges to serve as the executive chef at Le Périgord, Chef Qualin led his own fine-dining restaurant, called The French Corner, in upstate New York. Finally in 2009, Chef Vongerichten rehired his old friend, and tasked Chef Qualin with moving to Scottsdale to launch and oversee the culinary operations at the Valley’s best steakhouse. 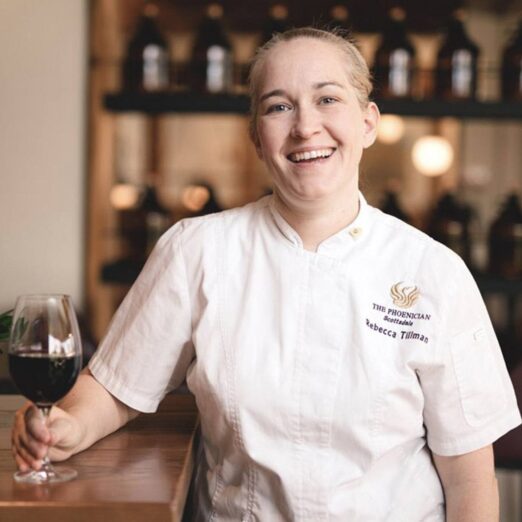 With a passion for innovative, distinctive cuisine, exquisite presentation and exceptional service, Rebecca Tillman has continued to enhance the dining experience for guests since joining The Phoenician as Executive Sous Chef. Today, she partners with Executive Chef Rick Boyer to lead culinary operations for the entire AAA Five Diamond resort, direct The Phoenician’s banquet program, and oversee the financial management of several à la carte restaurants on property, including The Canyon Lounge at The Canyon Suites.

Over the years, Tillman has built an impressive culinary resume, working with many renowned hospitality establishments. She has served as the Executive Chef at the Biltmore House and Executive Sous Chef at the Inn, both on the Biltmore Estate in Asheville, North Carolina; the Executive Sous Chef at Destination Kohler – The American Club in Kohler, Wisconsin; and locally as the Executive Chef at Pointe Hilton Squaw Peak Resort in Phoenix. She began her resort career at the Arizona Biltmore in 2000, while still in school.

Tillman studied Hospitality Administration at Northern Arizona University and earned her Culinary Arts certificate from the Art Institute of Phoenix in 2001. Active in the culinary community, she is a member of the nationally recognized program, “Chefs in School,” which brings chefs to educational institutions around the country to teach children about food and cooking in a fun, appealing way. She is also a culinary mentor for Careers Through Culinary Arts Program (C-CAP), which helps to prepare students for college and careers in the restaurant and hospitality industry. Recently, she became a member of Les Dames d’Escoffier, an international group of women chefs.

During her spare time, Tillman enjoys delving into her other creative side, painting watercolors.

Diverse Dining at The Phoenician