Annual Masters of The Craft Competition

In partnership with parent company Marriott International hotels, The Phoenician hosted its annual Masters of the Craft Beverage and Culinary competitions on May 17 and 18, 2019, bringing together eight different Phoenician associates for some fun, fearless competition.

Day one started off with the beverage competition, allowing mixologists from the AAA Five Diamond resort to highlight their cocktail skills, while day two consisted of culinarians presenting their experience with food and flavors. Both competitions were overseen by a panel of accomplished judges, yielding two winners who will move on to the next round of regional competitions.

WHAT IS MASTERS OF THE CRAFT?

Masters of the Craft is a series of competitions that showcase the extraordinary culinary and beverage talent within Marriott International hotels. The first round of competitions begins at the property level, where internal associates are able to compete against their colleagues for the chance to move on to the next round of the larger Marriott competition.

Within each event, there is a mystery ingredient that the culinarians and mixologists must use in their final dish or cocktail. Each competition is organized in the “cook-off” style, containing time limits and a panel of judges.

Selected winners from the on-property hotel rounds earn the chance to compete at the regional level, with regional victors moving on to semifinals for the chance to compete in the finals. Along the journey, dishes and beverages are critiqued by guest judges for presentation, creativity, taste and showmanship. 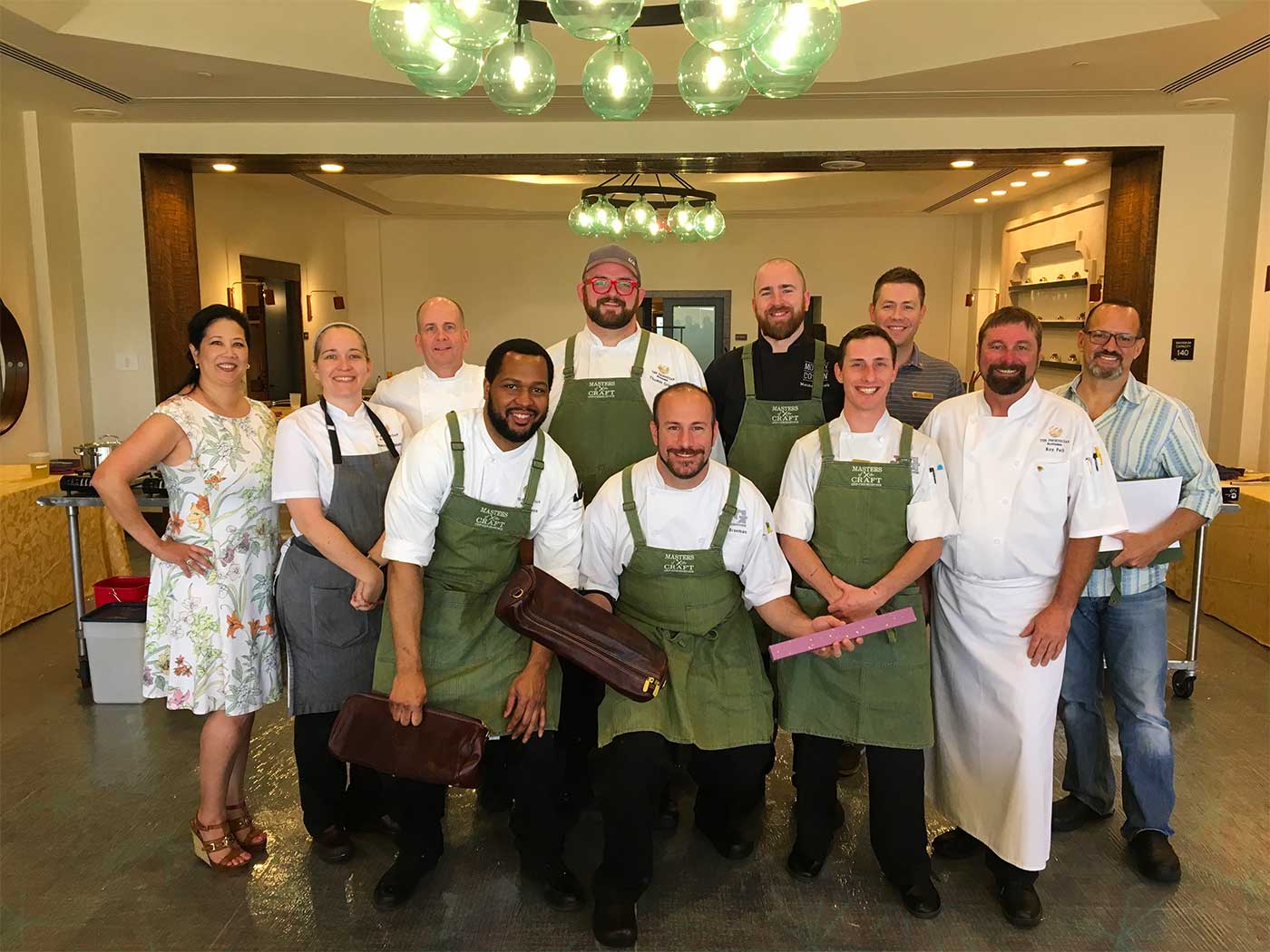 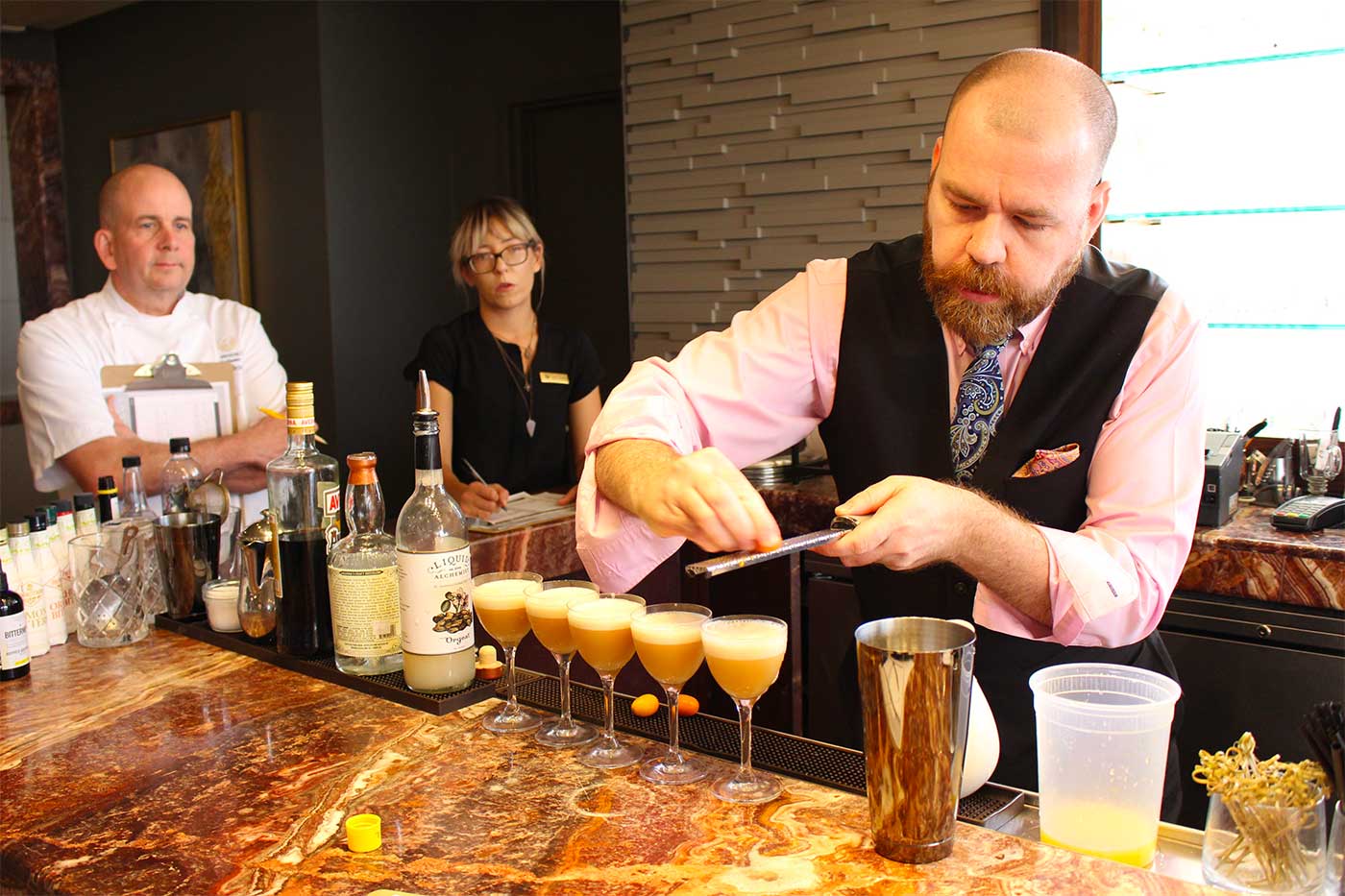 MASTERS OF THE CRAFT: BEVERAGE COMPETITION

At The Phoenician, three mixologists participated in the Masters of the Craft Beverage Competition, which was held at the bar of J&G Steakhouse on May 17, 2019. Each competitor had seven minutes to shop the pantry and set up their bar, then seven minutes to craft their beverage and present one to each judge. While kumquat was the mystery ingredient required to be utilized in each drink, the mixologists also had a plethora of items from the “pantry” to choose from, including:

At the end of the competition, Brian Hawkins came out on top with his cocktail named “7th Sense.”

From left to right

For the Masters of the Craft Culinary Competition at The Phoenician, five competitors accepted the challenge and presented their culinarian skills at various workstations in the Mowry & Cotton Salon on May 18, 2019. Each chef had five minutes to shop the pantry, then 30 minutes to create and present a taster for each judge, as well as a “show plate”. The mystery ingredient required to be utilized in each dish was American Red Snapper and the culinarians had access to a fully stocked pantry including:

After the final tastings, Brian Bravman won the competition with his exquistely handcrafted dish.

From left to right:

ONTO THE REGIONAL COMPETITION…

After winning their individual property competitions, Brian Hawkins (Beverage) and Brian Bravman (Culinary) will move on to the next level of the competition in hopes of advancing all the way to the Finals held at Marriott International Headquarters in Bethesda, Maryland. 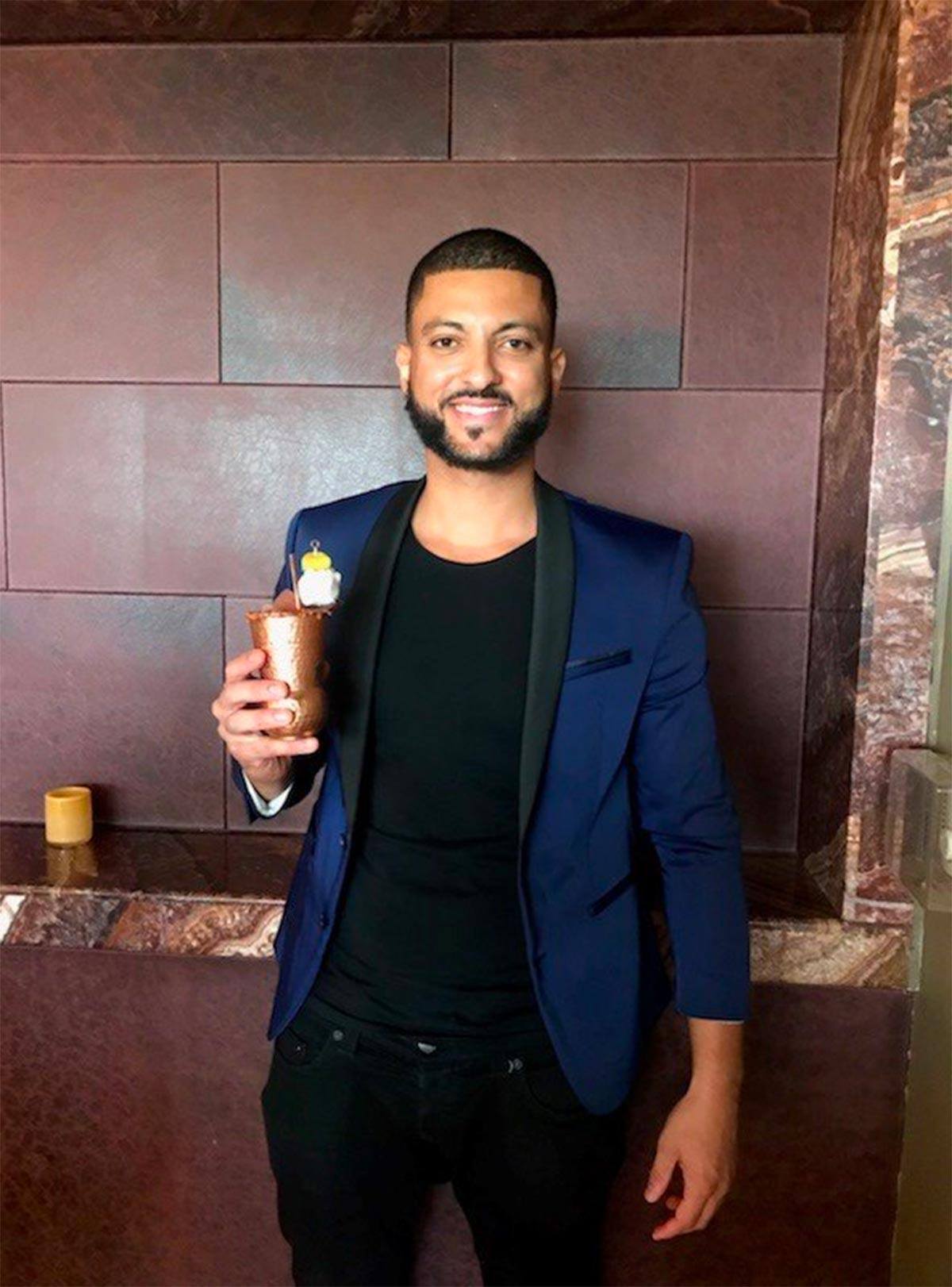 Over 2000 competitors vied for the title “Master of the Craft” in the individual Food or Beverage categories. After competing in many rounds, The Phoenician’s own Jonathan Miller advanced to the Beverage Finals in Bethesda, Maryland where he won the whole competition and was awarded Master of the Craft: Beverage for 2018.

His mystery basket ingredient was tomatillo and he impressed the judges with his creative rum-based cocktail containing banana cream syrup, mixed with pineapple and tomatillo, then floated with green chartreuse. The garnish was dehydrated pineapple and fresh cracked black pepper.

At The Phoenician, Jonathan is currently a Banquet Bartender and you may find this Master of the Craft concocting delicious, handcrafted cocktails during your next banquet-style event.

The latest happenings at The Phoenician

The Place to Experience Unforgettable Scottsdale